Cisco unveiled significant extensions to both of its major switching lines with the addition of 40/100G Ethernet capabilities. 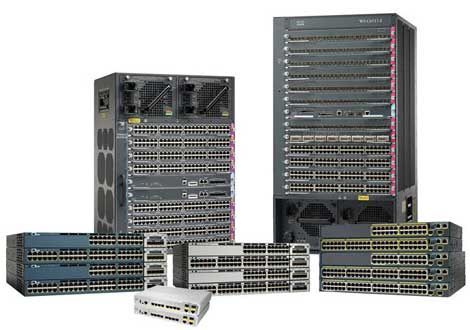 The enhancements are intended to address the growth of 10G Ethernet in data centers, which Dell’Oro Group forecasts will be the major revenue contributor to Ethernet switching in the next five years. Growth in 10G necessitates larger pipes between switches to aggregate those links and forward traffic at faster rates to alleviate congestion and keep network operations running optimally, especially with trends like cloud, video and mobility sending more packets in all different directions.

And in an effort to bring legacy infrastructures into the virtual world, Cisco unveiled network virtualization capabilities for its Catalyst 6500, 4500 and ASR 1000 product lines, as well as a new data center appliance for scalable virtual services.

Of the major switching vendors, only Brocade is offering 100G Ethernet on a core platform -- its MLX series switching routers. Several other vendors are already offering 40G fixed, modular and uplink ports on their switches.

The technology has yet to go gangbusters though.

"We see sporadic implementation" of 40/100G Ethernet, says Jon Oltsik, an analyst at Enterprise Strategy Group. "Cisco’s one of the first big players to go mainstream with it. It’s good for marketing – they’ll be perceived as a high-performance vendor."

VXLAN is also new in Cisco’s Nexus 1010 new virtual services appliance. The VXLAN version is called the Nexus 1010-X and it is a dedicated hardware platform for provisioning and scaling network services in virtualized environments, like data centers and clouds.

For the campus environment and the Catalyst line, Cisco unveiled the Catalyst 6900 Series 40 Gigabit Ethernet Interface Module for the flagship Catalyst 6500 switch. It allows the switch to support up to 44 40G ports.

And in the data center, Cisco added features to the Nexus NX-OS operating system such as PowerOn Auto-Provisioning and Python scripting to customize network behavior based on events as they happen. These features are now available on Nexus 3000 series platforms, and planned for the Nexus 2000 and 5000 switches.