The module also supports Virtual Switch Link (VSL) on all ports in both Oversubscribed mode and Performance mode. 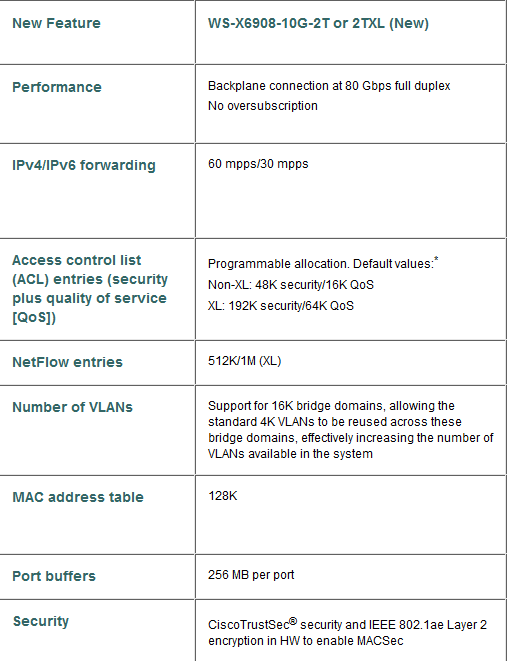 The New Cisco 900 Series ISRs Overview
Cisco 4000 Series Integrated Services Routers-Series Comparison
Cisco IP Phone Reports-Cisco DX650 & DX600
Back to home page
Comment on this post
P
pk domain sales
05/12/2018 16:45
PkDomain is offering web hosting in Pakistan at cheap price. Our Shared Hosting there is no hidden restriction present. We have our own dedicated servers managed by our staff to ensure 99.99% Uptime. For more detailed information you can visit us at PK Domain. We have Cpanel as a web hosting panel which is the most advanced and rich in features and most used in the world.
Reply
W
where to buy pure forskolin online
10/07/2016 17:45
This is a great post. I like this topic.This site has lots of advantage.I found many interesting things from this site. It helps me in many ways.Thanks for posting this again.
Reply
C
Cats And Vets
03/06/2015 10:46
You're information about cat's it's very usefull for me, thanks!
Reply